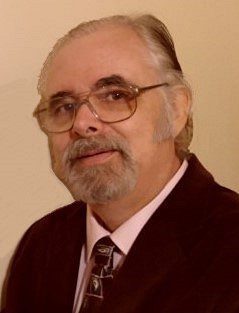 2021 Marvel X-Men Metal Universe; Upper Deck’s most recent Marvel-based non-sport collection, debuted last June. It adds another impressive product for its fandom to chase, burnishing the super-brand’s history within the trading card industry. But how strong is this release?  We answer all your questions in the 2021 Marvel X-Men Metal Universe Review.

What is Marvel Universe?

In time, an entire alternate world, or Universe, emerged. We saw it unfold through the portrayal of humanly flawed superheroes in the realm of comic books. But just as notably, through movies, television shows, and computer games. Most pertinent to our purposes, Marvel heroes also appeared in a large selection of trading cards.

The Onset Of Marvel Universe Cards

Non-sport vendors, collectors, and scribes who observed the industry in 1990 noted Impel Marketing’s Marvel Universe I series with much enthusiasm. For example, Christopher Benjamin, author of the Sport Americana Price Guide of Non-Sport Cards, wrote, “[N]o better example [exists] of the ‘new breed’ of cards being produced in the suddenly competitive market than Marvel Universe.”

There is plenty to like about this world.  Children and adults exposed to Marvel’s heroes in the books instantly crossed over into the trading card medium. Anecdotal evidence of the time suggests the release, which includes a Stan Lee card and a five-card Hologram insert set, sold out rapidly.  Impel also marketed the complete set with inserts in a sealed tin container.  Three other Universe titles were eventually published; the final two products, Series 3 and 4, carried the new SkyBox company imprint, but point-of-purchase boxes were factory shrink-wrapped by Impel.

The 1990-1993 Universe run benefitted from the explosive growth of the non-sport market. This change was fueled by improved card manufacturing technology, along with the emergence of speculators and investors. As a result of this development, dealers in sports memorabilia began to change their views of non-sports cards. No longer seen as an unimportant adjunct to the sports card field, the role of non-sports cards was assured.

Memphis-based Donruss issued one of the industry’s first important Marvel products: the 66-card Marvel Super Heroes, in 1966.  The set is divided into sections starring Captain America, Dare Devil, Hulk, Iron Man, Spiderman, and Thor.  Super Heroes has consistently maintained a higher premium in value over most Donruss-produced works from the period.

Topps wrested partial control over the Marvel license and released products sporadically throughout the 1970s.  The card-making colossus’s first offering (in 1966) was not a set of pasteboards, but rather a 12-example Styrofoam Marvel Flyers airplane glider kit depicting the usual suspects, plus other Marvel characters such as Dr. Doom, The Thing, and The Wasp.  Topps Gum eventually catered to its core consumers with issues as Comic Book Heroes (1975), Marvel Super Heroes Stickers (1976), and Marvel Comics (1978-79).

Marvel in the Non-Sport Card Sphere

Think of the non-sport hobby as a segmented timekeeper.  Contemporary non-sport card production accelerated (alongside sports cards) by the mid-1990s.  One beneficiary was Marvel.  By then, fantasy and comic art became a marketplace driver, and the proven success of SkyBox’s Universe keyed greater interest and welcomed newly minted hobbyists. As a result, the non-sport niche morphed from a mere cottage industry to big business with the requisite rising of rights fees and restrictions.

SkyBox had commissioned renowned artist Joe Jusko in late 1991 to create a 100-card base set titled Marvel Masterpieces.  Jusko’s works feature meticulous paintings that portray familiar heroes (and villains) in a new creative medium.  For the artist, it became a challenging proposition. “It was totally different from what I had done previously,” Jusko told Non-Sport Update magazine in July 1992. “Toward the end, I was doing three cards a day.  I was going kind of wacky.”

The Jusko works are but one component in the Modern Era’s Marvel roster of titles.  The collector population of today, at least as witnessed online through auctions and BIN listings, indicate a continuing robust interest in the general Marvel Universe segment. But what are the actual numbers – values – which both concretely or obliquely measure the accurate level of desirability of a particular set title?

Using the Impel/Skybox set boxes as a starting point as to Marvel card hobby popularity, it seems, at least in general terms, asking prices have met a surprising percentage of final sales.  An eBay BIN listings beginning in mid-October show factory-sealed boxes of Series I with a $1,100 maximum range and a $685 low floor.  Both figures had witnessed successful transactions. However, many collectors ignored other Series I offers of $950.  Seven-day auctions did not rise to such monetary heights but should be considered bargains for the lucky bidders.  One early November listing depicted a factory-sealed Series I box that was hammered down at a $517.50 bid; a similar Series I closed at $458 after 20 different offers and another at $540 (nine bids).

Marvel Universe Series 2 and 3, on balance, draw less overall value.  Yet, their importance in Marvel’s collectability from this period shouldn’t be underestimated in the future.  In general, auctions for Series 2 and 3 drew limited bidding actions. As a result, price ranges for both examples of boxes (sealed) hammered at less than $200 final.

It might be surmised that Impel ramped up production after the Series I sell-out.  Still, it seems a reasonable future bet that the subsequent series releases will hold and appreciate in value.

The 2021 X-Men Metal – The alloyed components

The suggested retail price for an X-Men Metal Universe box is $299.95. An examination of recent eBay completed transactions over 30 days reveals that unopened boxes have sold within a $275-to-$299 range figure. Many deals land between $288 and $295.

Upper Deck has released the product before. Overall, the hobby box has maintained its value at $300.

How do the singles do? Let’s take a look at a few examples:

We featured higher valued cards in the 2020 release. Therefore, you do not have a great chance of winning back your investment by ripping.

No doubt Marvel and its card collecting consumer base will continue their relationship well into the remaining decade. New motion picture releases and television projects will sustain and grow interest in the trading card hobby. However, exactly what trading card manufacturer will hold the rights is a different question.  Now out of the MLB market for the first time in 70 years, will Topps delve more heavily into entertainment properties?  Or will Upper Deck ultimately hold onto its publishing rights?

Historically, Marvel has done business with almost all the primary and secondary trading card producers. From the 1960s and onward, from Donruss to Topps, Comic Images and Impel/SkyBox to a Rittenhouse Archives-Upper Deck joint venture and an exclusive Upper Deck corporate affiliation. In the final analysis, trading cards, as with its foundation comic book ventures, will be a solid component of the Marvel Universe.

Marvel has a solid fan base, both generally speaking and within the trading card world. Considering the strength of the 2021 X-Men Metal release and the tendency of Marvel cards to hold value, these cards should hold value well. However, it will probably be a while before those dividends become apparent.

Scott Thomas became active in the organized trading card hobby in 1975.  Non-Sport Update magazine employed him as a general assignment writer and blogger for over 25 years, and he published TradingaCardHobbyist.com, a non-sport news site during the 2000\’s.  Thomas currently freelances as an editor for game card manufacturers.

Vintage Spotlight: The Best Cards From 1970 Topps And 1971 Topps — Rookies And Stars That Have Stood The Test Of Time

What You Need To Know About Grey Flannel Auctions

A Guide To The 2021 Select Football Checklist, Release Date And How To Invest