NBA Top Shot and NFL All Day fans that love baseball just got a new toy to play with – the MLB Play of the Day NFTs! While Top Shot and All Day are nearly identical, the new MLB NFTs from Candy Digital break away from the standard and prevent a few new wrinkles. But will it? All the answers are in our Candy MLB Play Of The Day review.

Candy MLB Play Of The Day: An Intro

Candy Digital is giving baseball fans their chance to own their first MLB highlights. This project dropped during the postseason last year as something of a trial run, and following each night of postseason play, collectors were invited to buy the official MLB Play of the Day NFT the next day from noon ET until 11:59 PM ET.

Now, the collections are back, and all you have to do to have access to these daily NFT refreshes is sign up at mlb.candy.com.

What Is Candy Digital?

Wait, Candy Digital? If you’re a Top Shot follower, this name might not resonate. Dapper Labs make both the predominant NBA and NFL NFT products. But, after all, this isn’t too much different than the divide between Topps and Panini.

Rest assured that Candy is still a huge player in the space and a name that, a decade from now, will probably be more well known. 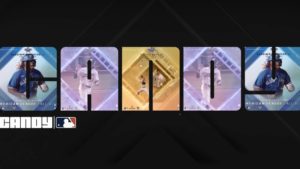 Here’s an excerpt from my article about sports card predictions in 2022:

“If you’ve never heard of Candy Digital, here’s the rundown. It’s a business launched by Michael Rubin (Fanatics) and Gary Vaynerchuck (who does cards, among other things) that deals with NFTs in the sports world. Thanks to the Fanatics deal, Rubin has connections to the digital and physical sports cards and memorabilia sold and traded with eyes toward the future.

Before the end of 2022, Candy Digital could become one of the most prominent players in the sports world and a vast marketplace for selling and trading digital cards and goods.”

This is an early big move from Candy. However, it certainly won’t be the last.

The Play of the Day NFTs are one of four different types of NFTs currently available on the Candy Marketplace, as we’ve covered in another article.

They are perhaps the most interesting because they’re the most fluid.

Instead of dropping in “releases” like  Top Shot and All Day do, Candy pushes these out one at a time. Every single day,  they’re dropping a new release with the best play from the previous day as chosen by the MLB and MLB network.

For example, on the day of writing, I can buy “Vlad Guerrero Jr’s Three Homer Night” for $15. The highlight in question is an awesome one – the young man matching his career-high in HRs – for $15.

Picking The Right Candy MLB Play Of The Day

But figuring out which highlights will age well is the name of the game when it comes to investing in these. 2 or 3 plays immortalize the season every season. Plays that stand out because they are particularly spectacular or capture the essence of the year.

For example, my NBA fandom will always remember LeBron’s chase-down block in the Finals, and football fans will never forget the three-fingered Odell Beckham Jr. catch that changed how 12-year-olds played catch (or tried to, at least) forever.

If there would have been a “Play of the Day” NFT for sale on those days, those would undoubtedly be valuable today. They’re iconic plays.

Another excellent example of what could age well is Bobby Witt Jr.’s recent first hit of his MLB career. The game-winning RBI will go down as the first of potentially very many big plays from the young player, and these NFTs could become the close equivalent of rookie cards. “Breakout plays,” so to speak. 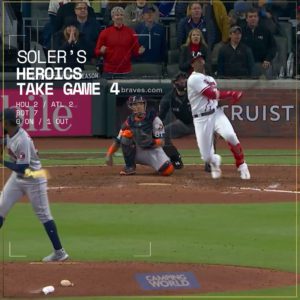 When Does A Candy MLB Play Of The Day Age Well?

One of the risks in investing in these Play of the Day NFTs is that they don’t age well. A play that seems great at the time might not stack up as well to the competition by the time we’re at the end of the year and looking back. For these to hold long-term value, you need a play that will have people talking for a long time.

And you won’t be the only collector thinking the same way. The plays that seem truly noteworthy will be the ones that sell the most NFTs. They’ll still be better long-term investments, but the increased supply will work against the price.

The model is similar to the Panini Instant cards or Topps Now, which are POD sports cards to commemorate. However, compared to the more traditional releases, those cards are not nearly as valuable. The Play of the Day NFTs could play out the same way.

Candy MLB Play Of The Day Review Of The Sales Platform

The MLB Play of the Day takes place on Candy’s secondary marketplace, which we’ve written about before. However, this marks a significant shift in the company’s business model.

Thus far,  Candy NFTs have been sold on secondary marketplaces like OpenSea or Bitski, but the MLB NFTs will be bought and sold using a self-contained platform. This is a big move for the company.

Scott Lawin, the Candy CEO, recently told Boardroom there would be more crypto functionality added to the Candy MLB marketplace, including ways for collectors to convert their assets into Ethereum.

He added,  “For us, it’s really about having a one-stop-shop for fans and collectors. “fans want one place to go where they can find officially licensed products, have content and community, and a secondary marketplace.” 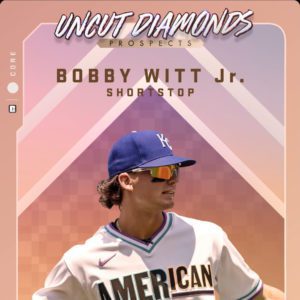 Bottomline Of The Candy MLB Play Of The Day Review

The Play of the Day NFTs bring a new twist to NFTs and sports collecting, but they also have several potential problems that could deter investors.

We don’t recommend investing heavily in them. Still, if you want in on a genuinely breathtaking play or something special that happened to your favorite team, this could be a fun opportunity.