Most of the non-PSA grading companies did a poor job at taking advantage of the pause in the economy and regular submissions of the number 1 company. As a result, many competitors are in worse positions now than before, while others are treading water. The one notable exception is SGC, which has cemented its position as the no. 2 company. The company has now introduced new SGC prices and service levels. What does this mean for the position of the company in the market?

One of the reasons SGC can swim in the shark-infested waters of grading better than most is that they have the required experience. The company has been around since 1998, making them a good three years older than Beckett.

They were known for their own, more nuanced, 10-100 grading system. However, in 2018 SGC switched to the standard 1-10 version. SGC also changed the logo while they were at it. The old SGC holders featured a distinctive green. But the new ones have a more classic black and white look.

Over the years, they have developed a reputation as a strong presence in the vintage market. However, SGC managed to break into the ultra-modern space, as we will discuss below.

The PSA scheme for domination of the market is incredibly impressive. But SGC is trying to keep up as best as it can. The smaller company has recently added 6,000 sq ft of workspace and a bevy of new graders.

For those that remember their somewhat shoddy old website, we are happy to announce that SGC has a far more attractive look now.

SGC enjoyed a lack of serious competition when PSA and BGS were backed up. However, they have had to shape up as they face the reentry of PSA into the world of lower-priced submissions. Therefore, they have introduced some changes to their services to render themselves more competitive.

Some of the existing SGC services were rendered less competitive overnight when PSA reopened regular and economy submissions. Therefore, SGC has introduced some notable improvements to existing services.

The company gives credit to the rise in submissions over the last year for improved service: “These changes were made for you, our submitters. And without you, none of the growth we’ve achieved since our last service-level update would have been possible. So for that, we say thank you.”

The change sees a reduction of turnaround time from 45-50 business days to 20-25 business days. A few months ago, the amount of time had been raised as submissions piled up with PSA closed. Now that PSA is offering more affordable prices and SGC has hired a larger team of graders, they can return to their previous quicker turnaround times.

The reduction here is highly significant. If you had to pay $250 to get a super rushed grading before, now you pay half. Comparing this to the $300 per card PSA charges for Super-Express submissions which takes far longer, to begin with, is a terrific deal.

SGC is taking advantage of its greater flexibility in terms of capacity and decreased submissions to offer more choice to their customers.

The company website explains:” As we all know, not all submitters are the same. Some of you are dealers who submit to SGC as your full-time profession, some of you collect for your PC, and some of you need a birthday present to arrive before your son or daughter’s special day. You’re all different, so we felt it necessary to give you a complete menu of options that adequately reflect those differences.” 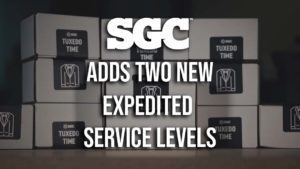 The SGC move was not created in a vacuum. Instead, it is a response to actions PSA has made recently. So, how do the new services compete with their main rivals at PSA and BGS?

The chart leaves no doubt that in terms of both price and fast options, PSA and BGS cannot compete with SGC. On the other hand, PSA-graded cards tend to fetch better prices. But with the difference in grading is this significant, you should always calculate the best company to use, taking these prices into account.

Notes On The Accuracy Of SGC Turnover Estimates

The new (and old) services depend heavily on timing. You are ostensibly buying the exact same grading services at all pricing levels. The difference is ultimately a question of turnaround. So, how well does SGC live up to its promised return times?

It is not surprising that the company boasts of its quick turnaround and accurate estimates: “SGC prides itself on its ability to provide accurate grades promptly, and it’s this level of service that SGC has built its reputation around. That means you can trust that when we say ’10-Day service,’ we mean 10-Day service. This is not a practice that’s widely adhered to throughout our hobby, but it’s one that we feel is essential to its growth.”

What Happens When I Use SGC

My personal experience with SGC grading has been quite successful, as you can see in more detail in my full review of the grading company. I sent in a submission for that review, which SGC promised (per its standards of the time) that I would receive back in 25 business days. Ultimately, I had the (quite well graded) cards in my possession 22 days later.

I have since used their services twice more. What happened? I always received the cards back within the time frame promised, with at least two days to spare. SGC understands turnaround times and how to control for surprises by providing a timing cushion.

Therefore, in my judgment, you can send in your cards through these services and have a reasonable amount of confidence that your cards will return on time.

One of the most exciting grading developments we have seen in recent months is the popularity of SGC submissions for ultra-modern cards. In January 2022, 41.6% of all post-2020 cards submitted to the top 3 were graded by the company. That is well over the 27.9% graded by PSA and the mere 17.9% graded by Beckett.

The advantage is unsustainable. PSA will almost certainly take the lead for ultra-modern submissions in February or March with reopened service levels. BGS will also likely take some initiative to restore its place in the market. But, the pro-active approach SGC has taken may allow it to hang on to a significant share of ultra-modern.

SGC has become the grader of choice for low to mid-level ultra-modern cards and may maintain that position. However, PSA and BGS remain far better choices for high-end and even upper-mid level cards due to their premium card coverage in the ultra-modern market. After all, the greater the card’s value, the more the differences in value accrued through the different services matter.

The new services and prices SGC is offering directly respond to PSA’s return to near-total capacity. Indeed, the claimants to the throne refuse to be overshadowed and want to remain in the conversation.